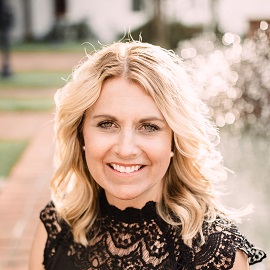 Military Clients for Selling or Buying

In Motion To Make Some Action Happen

Heather was born and raised outside of Philadelphia, PA, where she grew up a Flyers, Phillies and Eagles fan. After college she moved to Upstate NY, where she first became Licensed in Real Estate, met her husband Jason, and started a family.

After over 20 years selling homes in New York, Heather, Jason and their three children decided to ditch winters filled with shoveling hundreds of inches of snow and days that topped out at 0 degrees for the sand and sun of Florida. Jason transferred to Tyndall AFB and Heather chose to join Think Real Estate.

Heather has helped hundreds of military clients over the years, and her unique perspective of being an Air Force wife has allowed her to help those clients better than your average Realtor. It’s something she takes pride in, calling it “military helping military”.  She also has extensive experience in new construction, working for several years as a designer and manager for an upscale builder.

Most of all, Heather loves working with first-time buyers. According to her, the satisfaction that comes with helping someone achieve home ownership for the first time never gets old.

In her spare time, Heather loves decorating, taking her family to the beach, and attending all the sporting events that come with being the mom of three kids.

Communication and A Passion To Help Her Clients

Organization and Attention To Detail

Are you ready to buy, sell, or rent in Bay County, Florida?
Call Think Real Estate and talk with our dedicated real estate team.